keeping your kids clothed without breaking the bank

If you're an aspiring producer, and are currently producing low-budget shorts, commercials, and indie music videos, then you know you need to have a diverse and electric set of skills. One week you might be tasked with producing a commercial for a dog grooming salon, the next, a music video for an up and coming Dominican Latin Hip Hop artist. So, you need to be able to understand the different markets. If you are not a big fan of Latin music, but have hooked up with an up and coming Latin Hip Hop singer from NYC (specifically one who is Dominican) and are going to produce a music video for them, you should try and make it a success. If the video looks good, and gets popular with the urban music crowd, you might end up producing videos for not only Latin artists, but also mainstream/non-latin hip hop. Here are three tips to help with your first Latin video shoot.

Don't make the mistake that many video music producers make and attempt to set it all inside a club. It's an easy get (just pay the club management and you will have the club for the night) but it's overdone and will not make your artists video stand out. Instead, look for some outside locations with street cred. For Dominican style Latin Hip Hop audiences, you are going to want to film exteriors in either The Bronx, or in Manhattan (Washington Height or Inwood). These are where Dominicans hang out and live in New York City, so if you show of the real neighborhood in the video, it will garner respect. Think about getting exterior shots around that show off local clubs around the Dykeman or Broadway locations. If you want some "big name" spots, consider the 225th street bridge, which is the connection between Inwood and The Bronx. It's a gorgeous bridge, that overlooks the Harlem river.  For nitty gritty shots, you could get a tracking shot of the auto shops and bodegas that run Jerome Ave in The Bronx. All of these locales are right in the heart of Dominican life in NYC and will give your video much more cred than a few shots of Midtown Skyscrapers or some random park in Brooklyn.

Cast Models That Can Dance

A Latin Hip Hop music video wouldn't be complete without gorgeous women, but resist the urge to just hire beautiful models. You want the women to also be trained dancers. There are many great Latin dancers in NYC, everything from Salsa to Ballerinas. If you go to a casting agent, try and ask for models who have dance training so they will provide extra background visual flair for your performer.

Many of performers won't have the budget for the hottest clothing. But you don't want to let them just show up and perform in jeans and t-shits they brought at the local big box discount store on Fordham Road or 207th street. For a hip-hop film, they and the extras need to wear hot street wear. t You should hook up with a designer that specializes in urban street wear, check out Infinite Society. Often these designers work with young talent and like to get their clothing featured in music videos, so you might be able to strike a deal for some cross promotion. They will provide the freshest shirts, jeans, hats and chains. 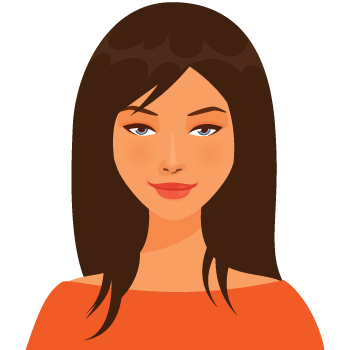 How many kids do you have to clothe each day? Do you struggle to keep up with the changing clothing trends? Some kids are harder to keep happy with their clothing than others. Some kids prefer the basic t-shirt and jeans, while others have to have the trending fashions that are not exactly cheap. So, how do you keep up with the changing trends and keep your children clothed without breaking the bank? Visit my website to learn how my family of six does it. I have managed to keep three very picky girls happy without spending the money we need for food each month.